Congratulations is in order!!

GTI’s very own Maestro, Gianluigi Dellaccio has been officially named The Ambassador of Gelato in the United States. 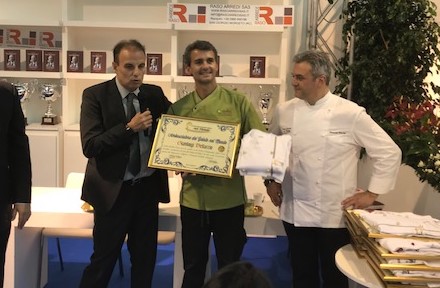 “As the official ambassador of gelato for the United States, I feel privileged to be nominated by the Associazione Italiana Pasticceri Cioccolatieri in Italy like this; but I feel more of a responsibility to make sure that we can protect the product of gelato behind the business prospect of what gelato is supposed to be and the authenticity of the gelato.  The benefit of having the ambassador working with GTI is that all the students can take a class here (GTI Designs facilities) and learn from a certified chef.  Eventually, it will help them to make their business thrive and be more successful.

The reason why I say that, is because eventually they may want a certificate for learning about the product to put in their own shop; once they decide to open one or if they already have it.  It is a benefit for them to be able to display their certification, so their customers are aware that they have been certified by the ambassador in the United States.  I mentioned earlier in our last class that there is a lot of people who do not know what gelato is supposed to be, and they make a lot of mistakes; like calling it gelati when it is a frozen custard or an Italian ice and this is something we should work harder to fix.  To make sure that people are aware of what the product is supposed to be (and if they were to call it gelato) they need to respect it and its standard parameters of percentage of sugar, fat, and solids.” – Gianluigi Dellaccio 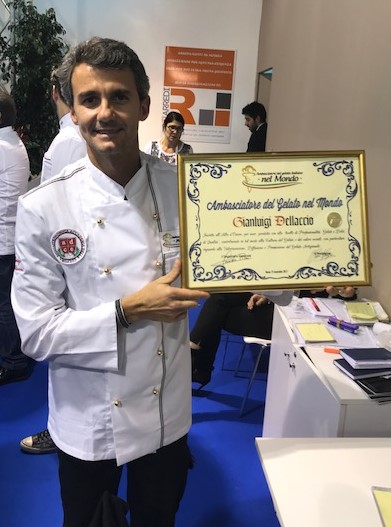 3 thoughts on “Say Hello to the U.S. Ambassador of Gelato”